Cross Vegas. I had high hopes for a good result. But, in the back of my mind, I think I was still shell shocked from last year’s experience here to be too comfortable with any thoughts of success. It didn’t go too well.

The Cross Vegas course is a pretty unusual cyclo-X. It is mainly on 3 inch super thick grass. Super resistance. No technical aspect at all. I actually just rode road tires on my ‘cross bike. The photographers had a field day with that.

Last year I started so hard that I coughed little nodules out of my lungs for a week or so. It wasn’t only me, it was a lot of the riders who had the same problem. I’m not sure if it is the dry air or pollution or fertilizer on the soccer fields, but it isn’t a normal thing. This year I thought I’d try to start slower, after warming up harder. It only shuffled me further back in the field as far as I can tell.

Lance showed up to race. Rumors had him coming and he came. He lined up on the 4th row, and got a pretty good start, I think. Because before a lap was over, I heard the enormous crowd yelling for him pretty close behind me. I was in his group for the next couple laps. Somewhere between 20 and 30th places. Then, a guy in front of me crashed in a corner and I hit him straight on. It took me a while to untangle our bikes and by then I was completely out of any kind of mix I would of been happy with. There are only 15 places for UCI points and I was not going to get anywhere near that place. And, I took a systems check and realized I had already hurt myself, lungwise, pretty substantially. So, I bagged it.

I hate quitting races, but I paid for that last year. For a couple weeks. And I’m racing the USA Criterium Finals tomorrow night and then flying to Madison for two more UCI ‘Cross Races, so I actually don’t feel so bad about the decision.

Anyway, Thomas Frischknecht was here doing his last race in the US. He and I travelled together the first season he came to the US for MTB racing, so I’ve known him for a while. I had only raced ‘cross against him once, in California, a few years back and he crashed and I finished 3rd, so it gave him a chance to even the score. He was in the front group of 14 all race and finished somewhere in the top ten, I think. His statement to me was that if I did one more race then I would “survive” him in the sport. I thought that was a strange way to put it, but you know how foreigners sometime use English words in a weird context and they sound good. That is how this came out. It was great to race with him one last time.

Ryan Trebon won easily again. He has an enormous amount of horsepower. Tim Johnson was 2nd, sporting his National Championship jersey and Adam Craig had a good ride for 3rd.

OK. Got on the asleep at 2 am schedule again. I like the late night racing, but it kind of screws up the day a bit. Better get to sleep.

Thomas and I at the start line. 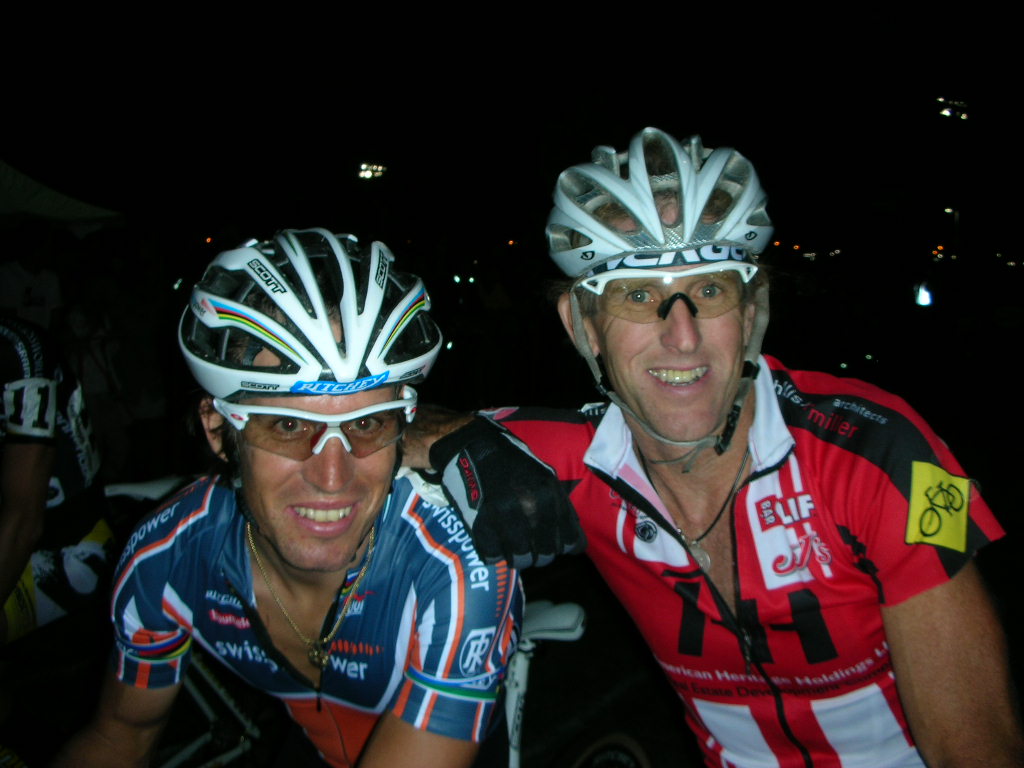 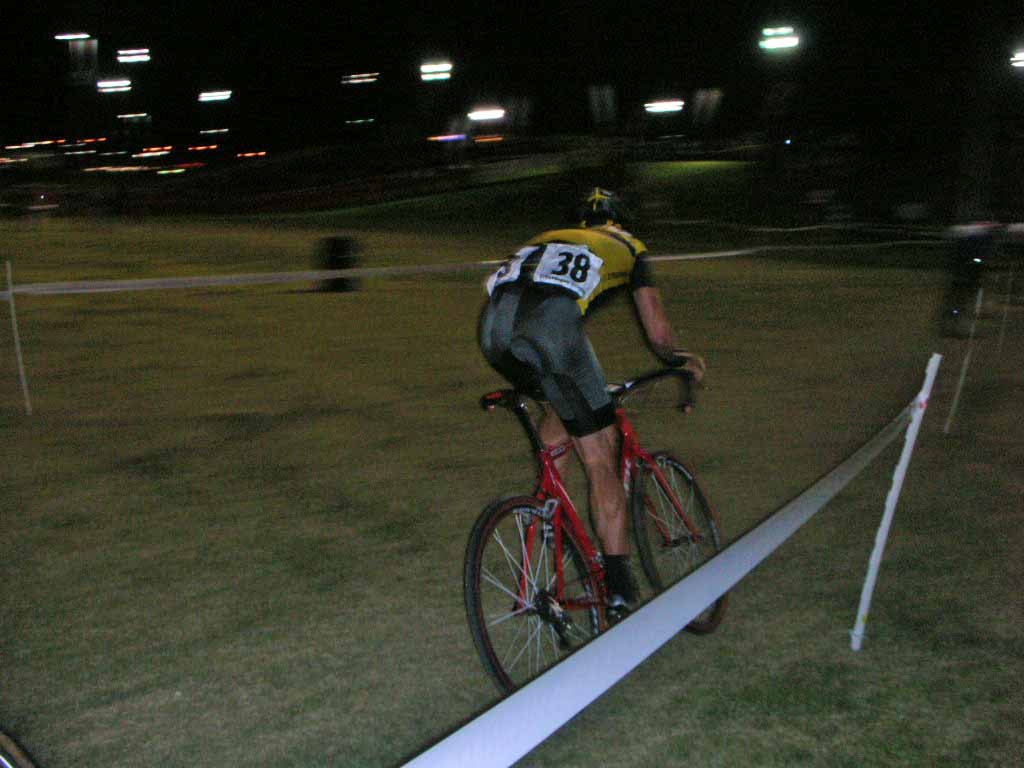 One thought on “Cross Vegas 08”