I got this photo today from a guy that collects “old” US PRO team bicycles.  He has a bunch of 7-11 bikes and has expanded his corral to Wheaties/Schwinn bikes.  All custom painted by Joe Bell.  He emailed me asking me exactly what components we rode on our bikes in 1988-89.  He said he found a guy to sell him a NOS Paramount frame that was built for me.

It’s kind of weird because a couple of years ago, someone contacted me with a link on eBay of an auction of a Wheaties/Schwinn Paramount of mine.  I thought I knew where “my” frames were, but no.   I ended up getting the bike back from the eBay guy after convincing him that I was “really Steve Tilford”.  He was super cool. It was  a pretty new Wheaties/Schwinn Team bike with my name painted on it.  The serial number is my last name stamped in the bottom bracket shell.  Good addition to my basement.  Anyway, I’m not going to have a problem giving this guy a list of components from 20 years ago.  I’m going to take a few photos of the bike in the basement.  White Rolls seat, old Shimano SIS, Wolber tubulars, Avocet computer and all.

Try to make out the name on the chainstay of the first frame on the right. (hint-double click on the photo and it’s easier to read).  The rest are photos are of the bike in my basement. 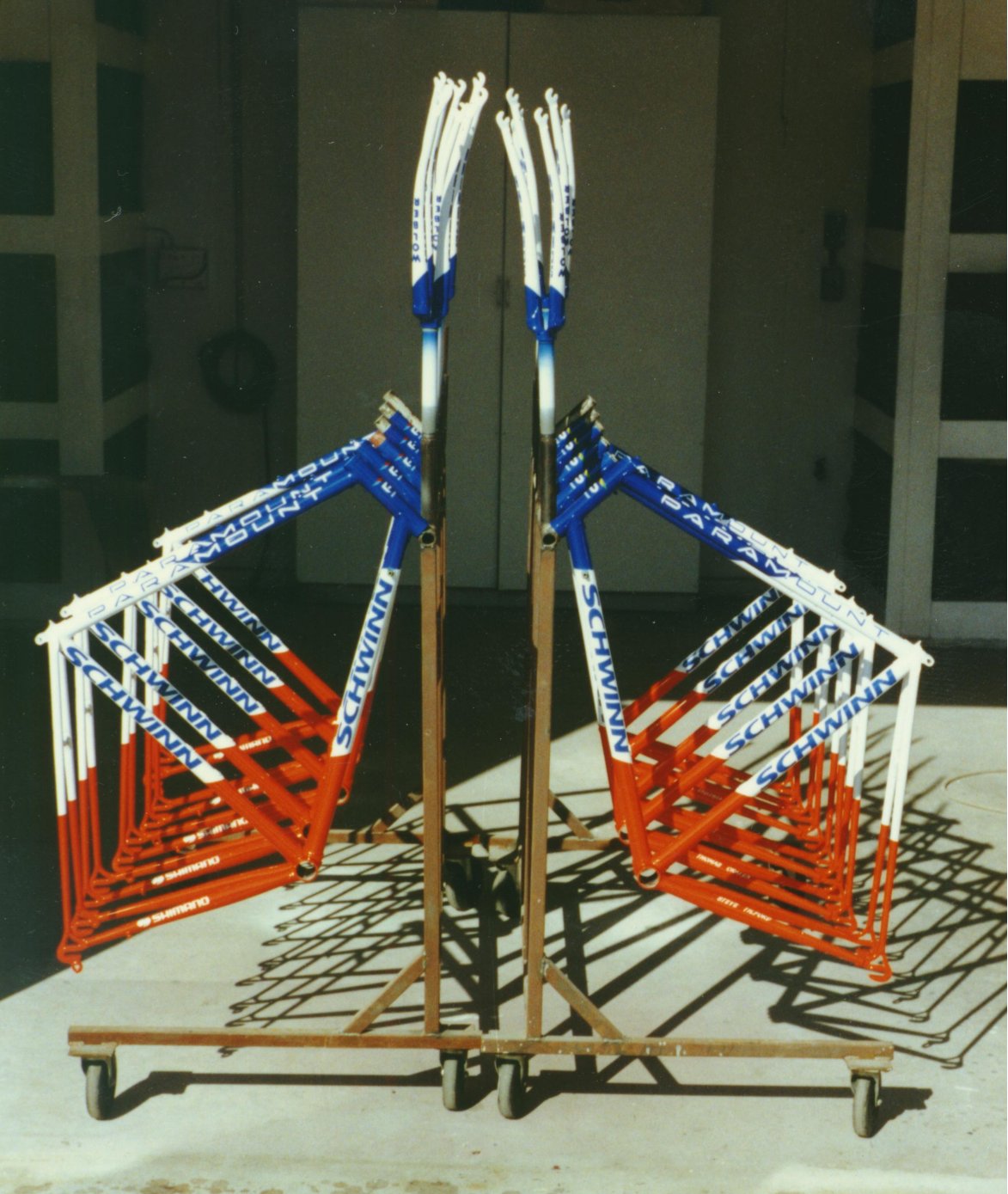 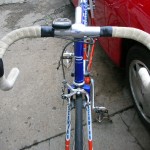 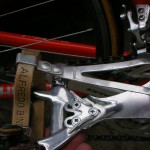 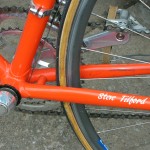 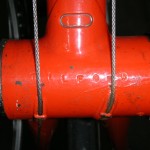