OK.  Haven’t been writing much about bike racing lately.  I’ve mainly been moping around the country trying to emulate a bicycle racer.  I raced in Superweek some.  Never finished worse than 20th.  Never better than 10th.  In the Chicago $$$$ Criterium, I was 2 places out of the $$.  Then Tour of Kansas City.  All three days riding worse than mediocre.  5th at Cliff Drive Road Race might look OK on paper, but it wasn’t much of a result.  Now criterium Nationals.  Again.  Elite race. Again.  Anyway, below is a picture of what a nice result would have been. Check the wheel position at the line.  And the form. 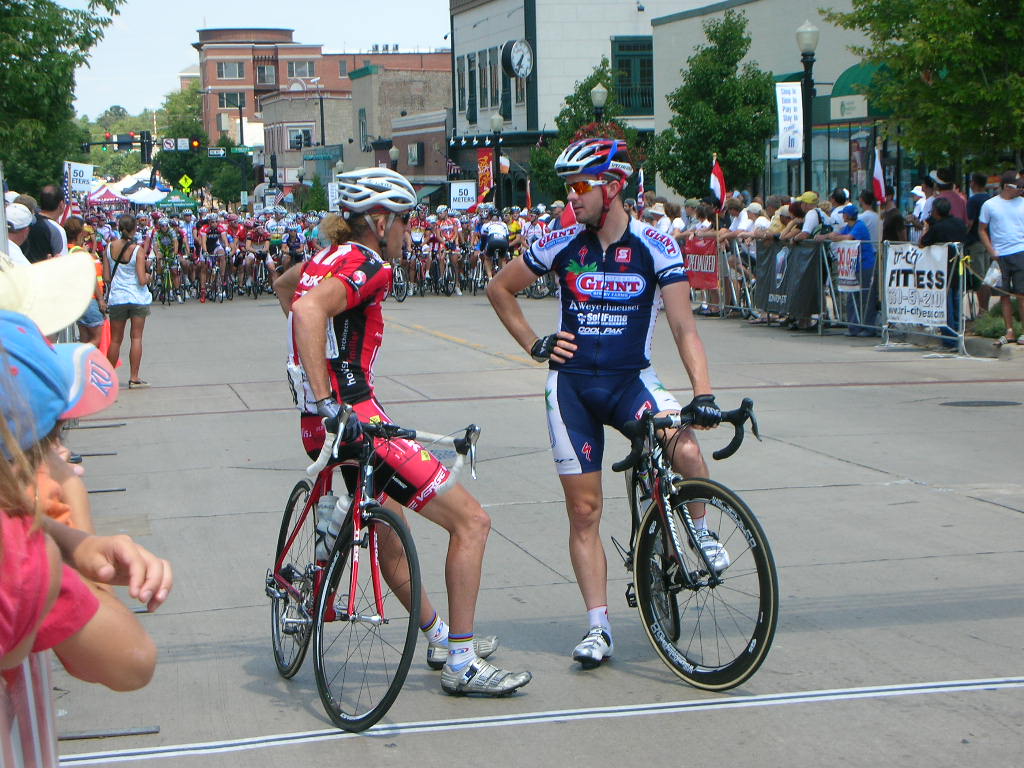 Anyway, it was the final result, minus me.  Ken Hansen, winner of the race, on the right,  was most likely always going to win that race if it came down to a field sprint.  He is super fast and has the course dialed.  I was having a pretty bad weekend.  Even comparing it to recent horrible weekends.  I woke up in Chicago early Saturday morning feeling like s**t.  Super achey, flu symptoms.  I was in bed virtually all day and night Saturday.  Didn’t eat anything, but the $55 entry fee for the Saturday night race.  I think that puts me close to nearly a $1000 worth of entries this year of races I didn’t start.  Probably more than the rest of my “career” combined.  I had a fever of 96 degrees most of the day.  Go figure.  Then all of a sudden around 10pm Saturday night, it popped up to 101.8.  I felt pretty bad.  I watched the Olympics until late, then fell asleep.  I woke sometime after 2am, dreached in sweat.  Like a gallon of water.  Pretty much the next 5 hours, that was the situation.  I woke up again around 9am, took my temperature.  96.8.  Aches gone.  Felt OK.  Ate some pancakes, put on my cycling clothes and rode to the course to get my number.  I was super weak, but it is the Elite Nationals.  That race historically has been less than fast.  And that was the case this year.  I never made an effort the whole race.  Never got close to winded.  And below is the result. 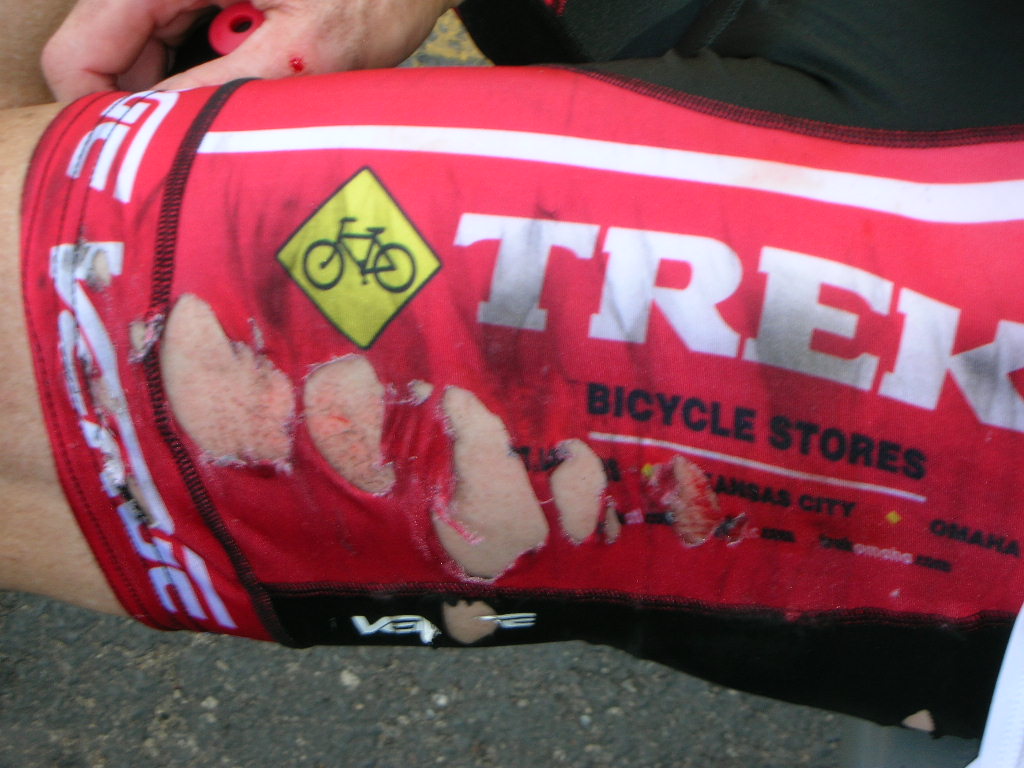 Yea.  Going into the last lap, Texas Roadhouse had 4 guys lined up.  I was around 10 guys back.  I dove the inside of the first turn and moved up to the back of the leadout for the 2nd corner.  I started turning left before they had finished swinging out to turn.  I tried, of course, to correct my line, but no.  User error would most likely be the best description of the fall.  I’d have to say I wasn’t 100% at fault.  Maybe closer to 90%.  I wasn’t having the best balance day for sure. I felt pretty weird, and still do, from the flu. I got up and rode back to the 4th corner from the end and Texas Roadhouse was still there at the front.  S**t.  What a drag.  But, Ken Hansen smeared everyone, so the race probably wasn’t winable.  Alex Boyd finished 3rd.  Good result.  So, I’ve only ridden one day in the last 5.  Good rest before ‘cross season?

Speaking of ‘cross, it is coming up pretty fast.    Below is a photo of a weird sign I got a couple weeks ago.  I took Bromont, our dog, for a walk in Lake Geneva, Saturday, before the Chicago criterium.  I came back to the van that I had parked in a residential area and laying there, on the ground, behind the van, was a single inline ‘cross brake lever. Really weird! I went running that night. What are the odds of that being there?  Strange.  Nothing like running when you’re riding like crap.  You thought bike riding was painful.  Not that bad compared. 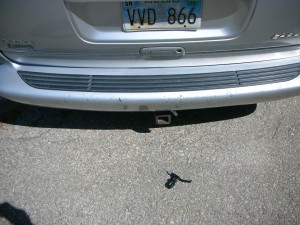 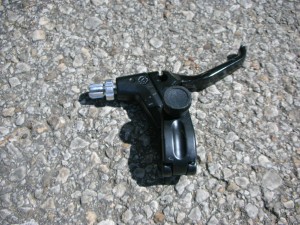