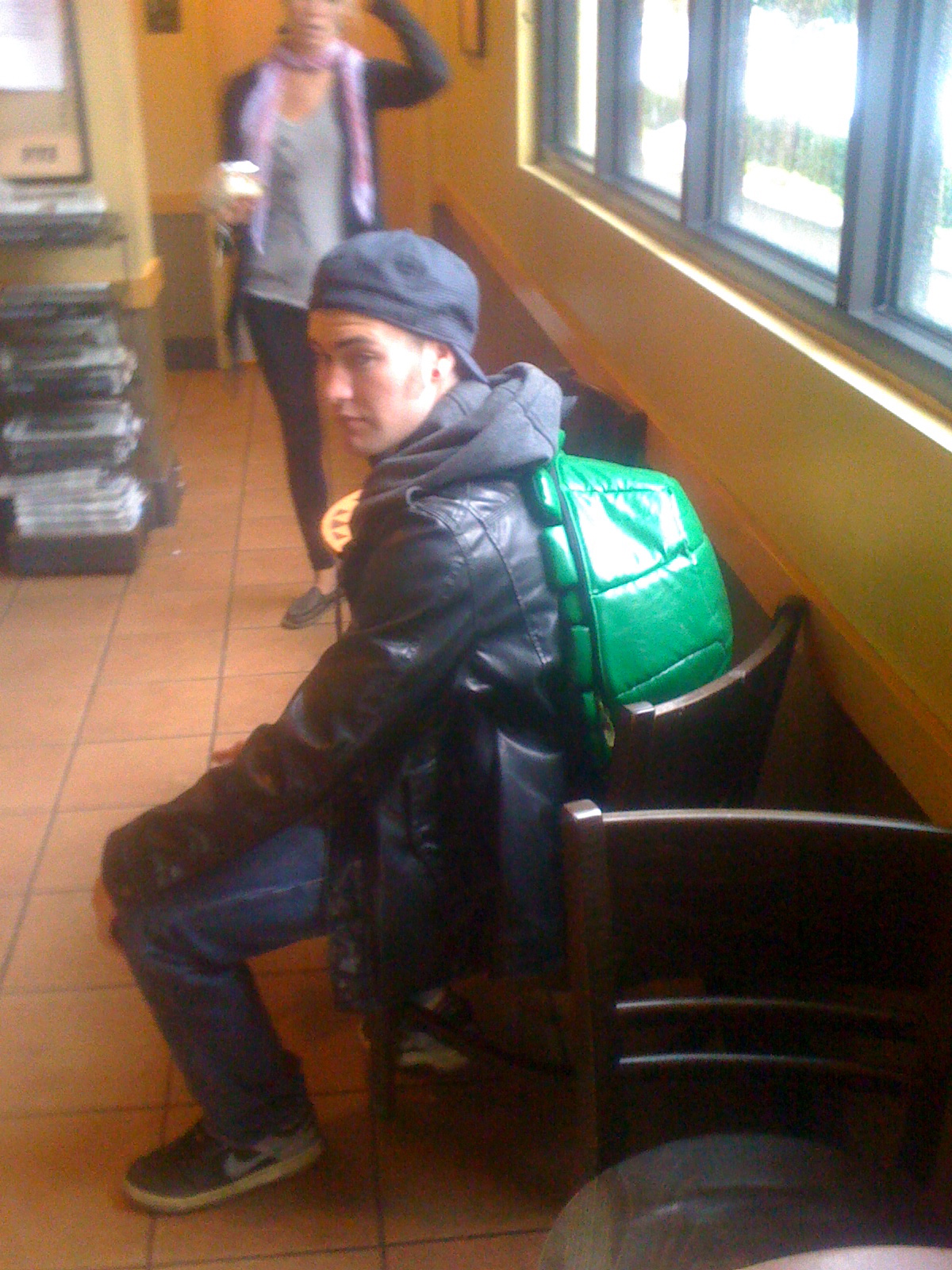 I talked to this guy in a Starbucks in Temecula CA. A woman had just came up and asked him for his phone number for her daughter. I asked him if that happened very often and he said never, but that he’d been getting a lot of people talking to him ever since he got his backpack. He had a turtle tatoo on his neck also, so he was obviously into them.