I guess my bad luck continued yesterday at the Giro Della Montagna criterium.   Like the day before, there isn’t that much to write about.  It was just a normal criterium.

The race is at the Italian section of St. Louis.  We used to all go to a Bocce Ball place and have a meal and play Bocce after the race.  But I guess the race has gotten way too big for that anymore.  Shame.

The race is pretty much up a hill on the back stretch and back down to the finish.  Not a big hill by any means, but enough to get you tired after doing it for 75 minutes.  The front of the race’s pace makes riding further back risky.  The 1st three corners can get jammed up, thus you have to scrub a lot of speed, which you have to make up somewhere else on the course.  But yesterday’s race didn’t really get out of control.

The end of the race was interesting.  There were a few guys off the front, which one must have been a UHC rider.  I say that because UHC lined up on the inside for the leadout the last 3 laps, but were just hovering there, trying to protect their position at the front without chasing.  It made it hard to move up since we were riding curb to curb.

I got into just okay position with a couple laps to go.  I was swarmed a couple times and had to battle back up.  I wasn’t in great position, but great position in this race would require too much energy to hold.

I was maybe 20 guys back with one to go, on the outside, but the inside line was going faster.  I stuck to where I was at and into the first corner, it looked like it opened up for John Purvis, a friend from Arkansas.  He had just come here yesterday for the last two races.  He borrowed some tools from me before the start.

John was going around the outside of the first turn and I followed him.  He looked like he was going to be fine, but I think maybe the guy to his inside did a small swerve and he mimicked it, but whatever happened he was headed for the curb at the wrong angle.  I saw it coming but couldn’t do anything about it.  He slid out and hit the barrier and curb.  I grabbed a lot of brake, tried to cut the corner short, but his bike flipped back into the course and I flipped over the bars.

I was more disappointed than pissed.  It was super bad luck.  I had not used much energy the previous few laps and think I had one good lap in me.  But, no replays, so I’ll never know.  The sprint isn’t good for me, going downhill, so I would have just tried to be as far up as possible going into the last corner, then just try to maintain.

John came over to the van and asked me if I was alright, which was nice.  He told me that he didn’t really know what happened.  He said that was the first time he has ever crashed on the road.  He races cross, so he must have fallen in cross races.  I told him it was my 2nd crash in 3 days, so don’t worry about it.  It is just part of racing.  It’s a bad part of racing, but part none the less.   He said his back was sore, which I sympathized with.  My back is tweaked too.

So three out of 4 races done.  At least I’m getting in pretty much a full race each day, if nothing else.  Today’s race is at Benton Park and is pretty difficult.  It is more like a hard circuit race and not a criterium.  I was thinking about skipping it, since I’m pretty beat up, but that isn’t how I’d normally operate, so I’m going, even though my heart isn’t completely into it.

Yesterday I took Tucker to the bike path that runs North out of St. Louis, along the Mississippi. It was already pretty warm, so I didn’t want to run him too long.  We went maybe 3 or 4 miles.  After the run, I went to a easy access point and he swam some in the river.  He wasn’t used to a current, so was a little panicked.  I ended up swallowing a bunch of water, which he puked up pretty quickly, but he had a good time.  He really doesn’t like being too hot.  Then late last night, we went over to Forest Park, the biggest park in Central St. Louis for another romp.  He seems to be having a pretty good time here, even if I’m not. 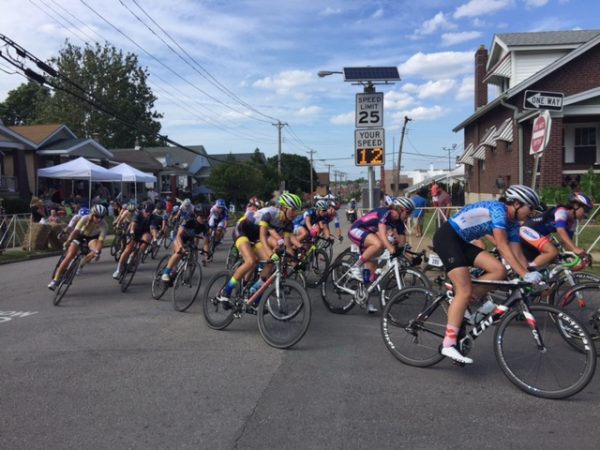 The women’s field at the top of the hill yesterday. 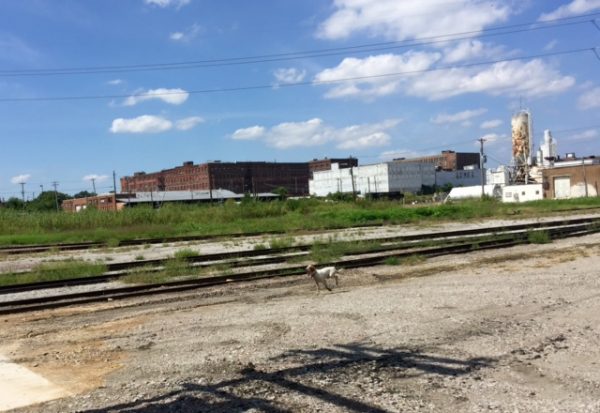 Tucker running along the railroad tracks close to the bike path. 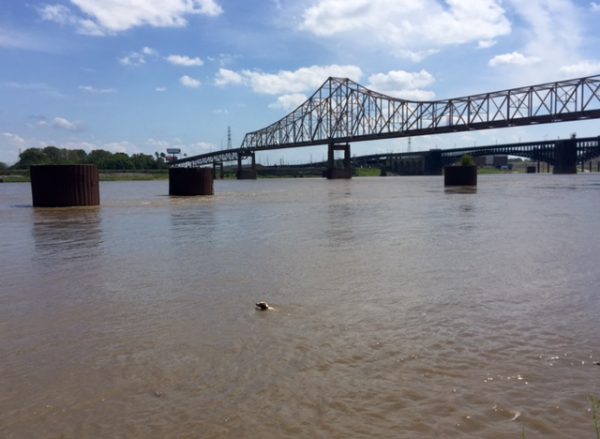 Tucker swimming in the Mississippi. 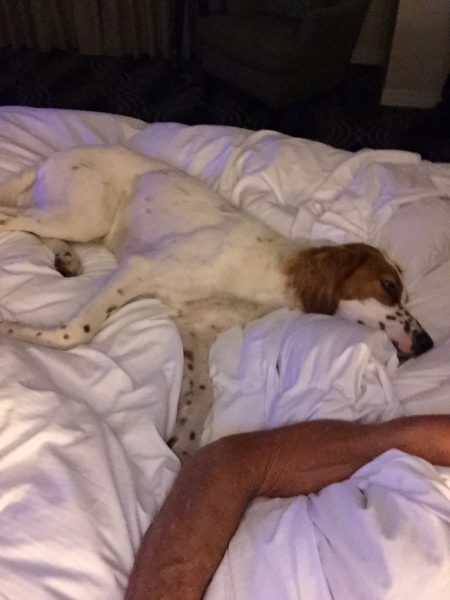 He was too tired to sleep last night. Me too.