I thought I had a long day driving to Louisville, then going to the airport to get Trudi.  But Trudi had a super long day.

She got up early in Geneva Switzerland to catch the shuttle to the airport.  That went pretty well, but after that, not so good.  The flight back to DC was good, but she was pretty much strip searched coming back into the US.

See had a few hour layover that turned into half a day.  Her flight from Dulles to Louisville was changed from 5 to 9, and eventually left around 10 I think.  I picked her up at the Louisville airport around 12:30 am.

I was pretty good until the 20 mile drive back to Karl and Stacie’s.  Then I sort of ran out of juice.

I got an email for Tara at USA Cycling that said they are changing the criterium course and are “hopeful” that they will expand the field limits for the criterium.  “But, no promises as of yet.”

That is a good thing, trying to accommodate the masses.  But really, it seems like they might have had this down less than a week before the event.

Stacie is having a huge party tonight for a bunch of riders.  Something to do with the Louisville Sports Commission, I think.  Roy Knickman and his super junior team, Lux Development Team, is coming.  It will be nice seeing him.  I really don’t see him much at all now, just at the Nosco ride in LA in the fall. His son, Bo, is killing it this year.  It should be fun watching him race firsthand.

It is supposed to be hot-ish in Louisville today. Close to 90.  Then cool off for a couple days, then back up to 90 for the road race on Friday.

I’m pretty sure that I can’t get much better than I am, other than getting used to the heat.  So I’m going to go out and ride a few hours during the heat of the day this afternoon, then call it done and rest.

Made an Apple appointment to fix my phone, again.  I can’t say this “new phone” has worked out all that good this time.  After I broke the screen, it has sort of gone downhill.

Okay, that is about it for now. 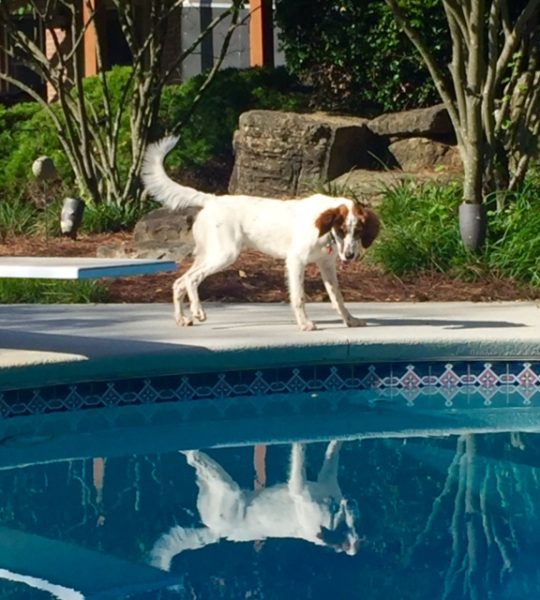