The NAHBS was last weekend in Sacramento.  If you’ve never had a chance to make it to one of these shows you need to make a point of it.  It is a gathering of the best of the best current handmade bicycle manufactures.  It is more like walking into an art exhibition that an bicycle show. You could spend a whole day at nearly each and every booth.  There is too much cool stuff to even come close to absorbing.

Anyway, my sponsor and long time friends at Kent Eriksen Cycles won 2 awards there this year. They won the best gravel/cyclocross bike and best TIG welded bike.  This isn’t anything of a surprise. Kent and Brad normally bring home a ton of awards, which the truly deserve.

I’ve known Kent forever.  I won the first MTB National Championship riding a bike Kent made and now I’ve been riding Eriksen’s titanium cross bikes this whole century and honestly can say that they are the best cyclocross bikes made, bar none.  Titanium is a perfect material for cyclocross/gravel/and MTB’ing.  It is virtually bombproof and has an incredible ride feel.  Titanium has improved a ton since the old Merlin/Litespeed days.  It is lighter, stronger, thus for the road, my bike is nearly as stiff as that of a carbon frame.

Frankie Andreau came up to me at Joe Martin, a few years ago, when he was running the 5 Hour Energy team, and asked me if he could ask me a personal question.  I said sure, having no idea what he was going to ask.

He wondered why I was riding a titanium road bike?  I was expecting something way more personal.  I told him that I wanted a bike that if, or more honestly, when I crashed, I could reach down and pick up my bike off the ground, knowing that it would not be in pieces.  I had ridden carbon frames for the previous 3 seasons and had broken a ton of them.  As soon as a front wheel from another rider hit my carbon frame, it was done.  I’d broken stays, main tubes, integrated seat masts, etc.

I told him I didn’t ever have a car following me that had another bike ready and available for use, so I’d prefer riding a bike that could take the rigors of bicycle racing.  He understood.  It was April and he said that his team had already went through 10 frames, which was about the same as my experience, just on a lesser scale.

Anyway, I can’t say enough about Eriksen frames.  When I retire, I’m only going to have titanium bikes hanging in my garage.  They are going to outlast me, which is how a bicycle should be built.  It’s a privilege to be riding them. 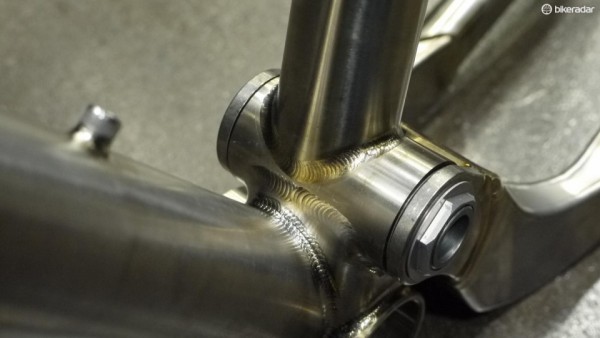 For all the show winners, here is a link to Bikeradar, which has them all listed.

This video is a little fussy, but Brad gets across the pertinent information. 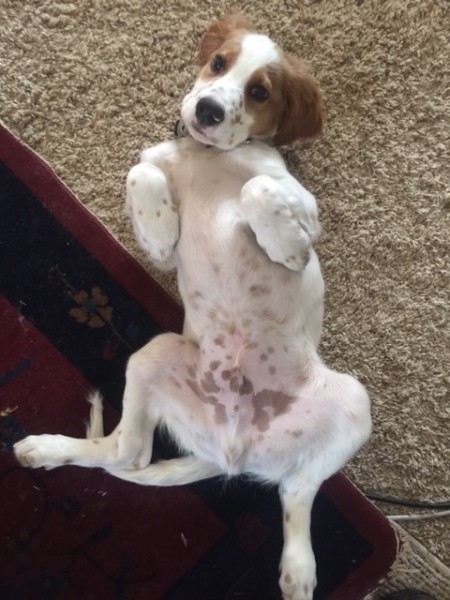 Almost forgot Tucker’s picture. He had to remind me.