Okay, I decided after riding yesterday that I should probably just load up and go to Asheville to race Cyclocross Nationals.  And then, pack up right after the race and head up to the Northwoods to nordic ski, snowshoe, ect.

I had a ton of reasons not to go.  But I had one reason that I was having a hard time overcoming.  I’ve been training the last month for what?  So, if I was training to race, I guess I should probably just go race.  I’ve went the last two years just to watch.  And now, the year I go to race, I’m not even gonna stay around to watch.  Kind of strange, don’t you think.

Anyway, we’re heading to Louisville today.  It is less than 9 hours from here, then Asheville is another 5, which we’ll drive on Monday.  I stayed up packing until nearly 1 am, so I’m hoping to get some sleep on the drive.

We’ve had pretty good weather the last few days in Kansas.  I got in 170 miles the last 3 days, which is a bonus the first of January.

I have a ton of stuff to stick into the van.  We’re taking the AWD small van since we’re heading up to snow.  I left the back bench seat home and put in just one bucket seat in case Bill or someone needs a ride back to Kansas from Cable.  Okay, that’s about it for now. 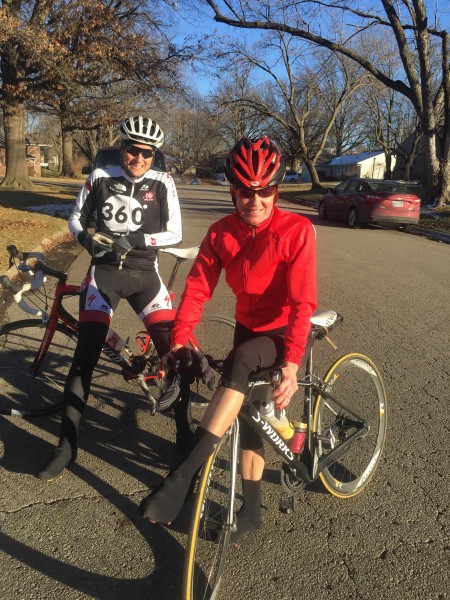 Keith and Catherine flew back from Seattle yesterday and are official moved back now. Now sure what Catherine is doing here? 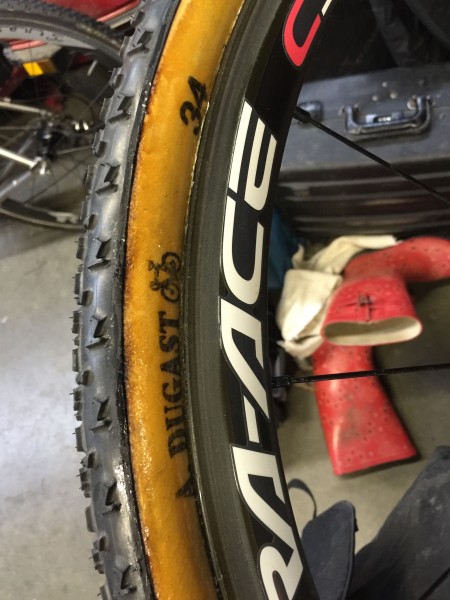 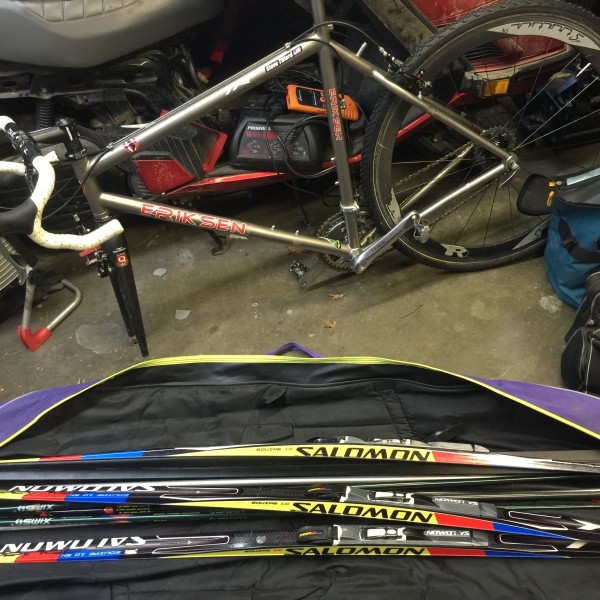 It is nice when you can get a bike race and ski in the same week. 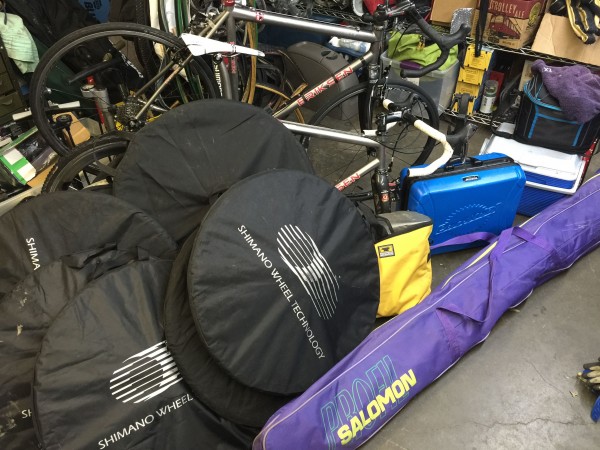 Lots of equipment to take. This isn’t even the bags. 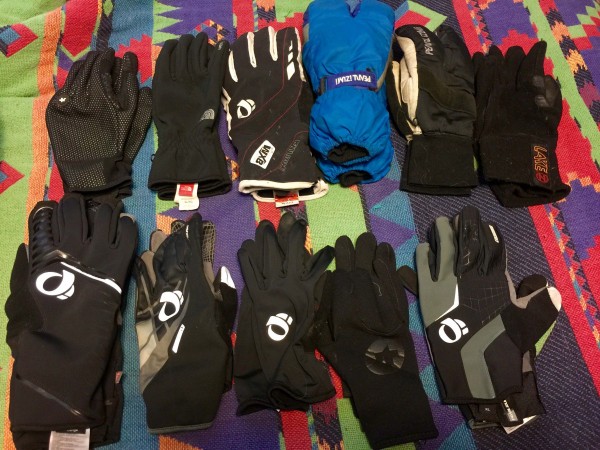 These are the gloves I’m bringing alone for the next couple weeks. Crazy.