I’ve always been a number’s guy.  In school, I was interested in science and math classes and just sat in the english, creative writing courses.  I think the reason was that the verbal skill classes seemed subjective to me.  Someone else judging whether you had a talent versus definitive answers in the science classes.  It makes sense I’d be attracted to that, for various reasons.

It is the same with sport.  I tend to enjoy sports that arent’ subjective.  I like the ones that have a winner, the first guy to cross the line, the fastest time wins.    Judging-type sports aren’t that interesting to me.

Now, looking back, I wish I’d spent a little more effort on subjective subjects.  I can’t really criticize myself for my views back then, but I do have more interest now in communication and verbal subjects than I did when I was younger.

Yesterday is a good example, the gun control subject.  That subject is super divisive.  There are lots of divisive topics in our society, which doesn’t bode well for a happy group of people. Anyway, I read somewhere that there is virtually a zero percent chance of changing someone’s opinion on a topic like this with intellectual conversation.  People already have their opinions and views engrained, thus no amount of casual conversation is going to make them budge one bit.  I find that fascinating.  I wonder why that is?

I don’t think this applies to me.  But, after writing that, I can’t like of one of these subjects, religion, abortion, gun control, etc. that I’d think any amount of conversation would convince me to switch my already established thoughts.  Maybe I’m wrong about this, I hope I am, but right now, I can’t see it.

Numbers have always interested me.  Measurements, distances, formulas all were attractive personally.  I think that being a good teacher would mean that you can convince a student to have interest in subjects that they aren’t normally attractive.  I was pretty single minded in school, so I can’t really blame my teachers for my deficiency.  At that time of my life, I would do what I wanted to do.

I used to have a better memory of numbers.  Before cell phones, I knew hundreds of phone numbers.  Now I have about 10 in my memory.  All old numbers of friends, nothing current.

When I was a kid, delivering newspapers, I had over 600 addresses memorized.  Plus I could add just about any number in my head.  Now it seems like I can’t remember my own phone number.

I love numbers, but now that there are more numbers involved in cycling, I find them distracting.  We have so much data at our fingertips, while training and racing, I think it takes away from the personal zen while riding.   Distance, speed, then heartrate, cadence,  and now power is being used to judge how well we are doing at each moment out of the road.  Lots of times I put my Garmin on a map function and try to zone it out, trying to just enjoy my feelings on the road.  I did that yesterday and it was refreshing.  Numbers are important, in the sport, but too many available, at the wrong time, can ruin it somewhat.

Okay, I’m just wandering around here, while watching Tour of Spain.  Today is a big number day there.  Lots of altitude numbers and lots of time loss available too.  It is split up all over the road.  Pretty good bike racing. 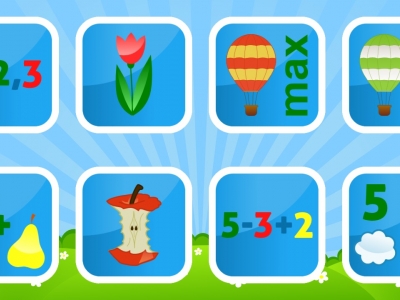