that this is a different era, that was a different generation, the sport is clean now, you can race, and win, without taking drugs. For one thing, a generation in cycling has to be a riders lifetime racing professionally. So, guys like George Hincapie would of had to race through 3 or 4 “generations” of cycling for that term to be used to describe a time frame within the sport.

Since it is nearly a new year, I was thinking back about this past year in the sport. Obviously, the predominate topic has to be “the catching” of all the Americans that took drugs with Lance. Nearly every rider that had good results racing in Europe on the road, the last decade, maybe more, has confessed now. But, they all say the same thing, the sport is different, it’s clean, or at least cleaner.

The only “fact” I’ve heard that confirms this cleaner sport speculation is that the speeds for the Tour, overall, and on the climbs, is slower now. That isn’t enough. I can’t see any reason why it would be any cleaner. One of the biggest negative effects of the USADA investigation was it just showed everyone that the testing is total, complete bullshit and a waste of money. I don’t want to hear anything about the biological passport here, it should be all lumped in together and is all pretty much worthless.

This article was at Cyclingnews.com yesterday. It is of an interview with Benedetto Roberti, an Italian investigating judge who uncovered lots of evidence of drug usage by cyclists, including much evidence on Dr. Michele Ferrari. He is an avid rider, doing Gran Fondos. He says that the sport is still really polluted. That “there are substances in use that can’t be found by anti-doping tests. One is Erythropoietin Z by Retacrit, it’s known as EPO Z. There’s a Chinese EPO that has been released, I don’t know its name but it can’t be found (in tests) and was definitely the queen of the Olympics. There’s also AICAR, that is brought in from the East as a powder and is apparently a kind of genetic doping. In simple terms, it helps reset muscle fibres after huge efforts. It can’t be found in anti-doping tests either.”

I say this explains the current generation more than the riders themselves saying it is clean now. The testing will never be ahead of the usage. That is just a fact. There needs to be much, much stricter internal rules made by, and accepted by the riders themselves. The sanctions need to be very severe, draconian. Nothing is going to rid the sport of this pollution, which has been engrained in the sport for generations, until the penalties outweigh the benefits.

The riders that testified “against” Lance were all team mates. Each and everyone of them easily should be millionaires. And they did it so easily. I know tons of guys that had the talent of these guys. Lots and lots. Sorry, but they aren’t the chosen ones, the special ones. What made them special is that they decided to cheat their friends, and fans, to win bicycle races and steal money and life experiences from others. They all “came clean” and so conveniently decided to quit using drugs in 2006. Now, some will serve their timeouts and will be back racing early next year. Back winning races, such as Tom Danielson did this summer winning $3000 at the Teva games in Vail, an unsanctioned event. Levi said that he’ll race mountain bikes if he doesn’t find a road team. Wow, I’d love to run into him at a technical, Mt.Snow like event. Whatever happens, they’ll be back, racing, and probably winning, since the sport is so clean now.

Jimmy Dugan said, “It’s supposed to be hard. If it wasn’t hard, everyone would do it. The hard… is what makes it great.”

Much within our sport hasn’t been great for quite awhile, because drugs make it too easy. The sport needs a culture change, not by the same guys that benefited from the previous practices. Let’s all try do our best to make it great once again. 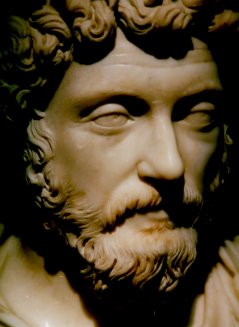 Draco wouldn’t have allowed all this corruption in the sport if he could have been the head of the UCI.