Did the ride yesterday up and down the canyons between the Coast Highway and Mulholland Drive. It was great. Since it is Sunday morning, I’d thought do today’s post in pictures, much like Charles Kuralt’s Sunday Morning TV show. (Clink the link if you’re too young.) 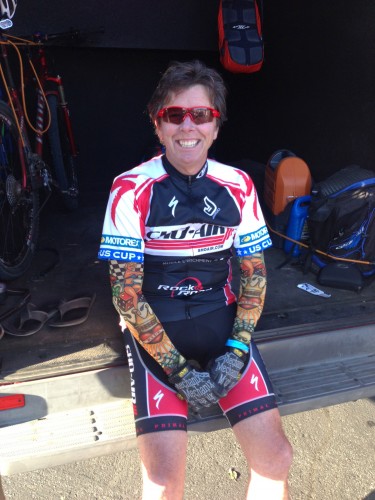 Jimmy Mac was so stoked riding on Friday that he actually got up at the crack of dawn to do the ride. He’s really into tats now as you can tell. 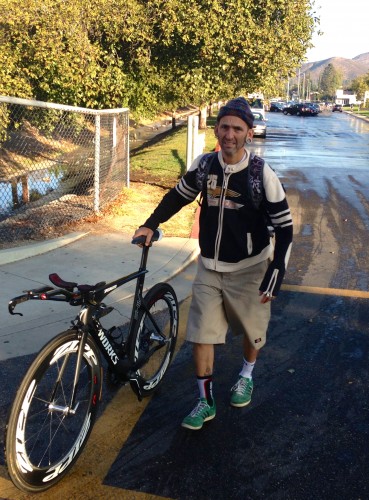 Zap, editor of Road Bike Action, who obviously brought a bike with no pedals to the ride, thus having an excuse to not participate actively. 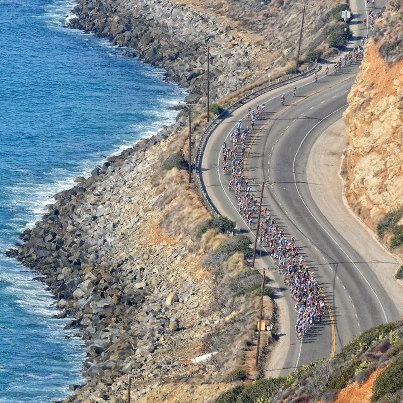 Early in the ride along the coast. 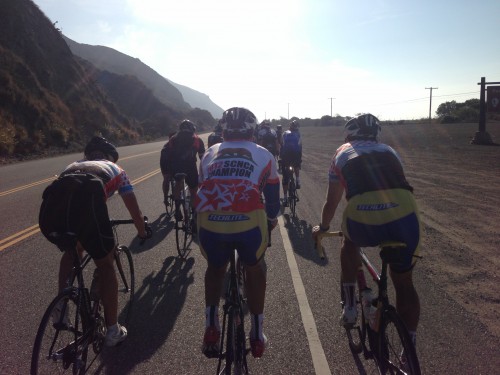 Riding up the Coast Highway. Roy Knickman is on the right and his wife Debbie is on the left. 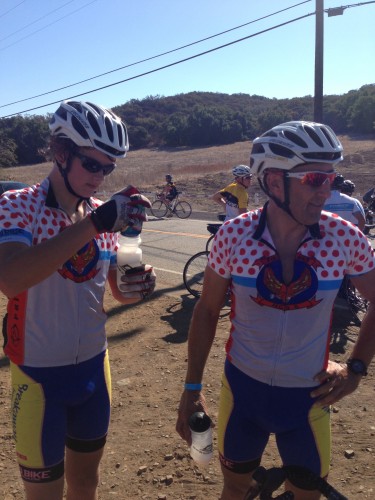 Roy Knickman and his son, Bo, at the 40 mile feed. 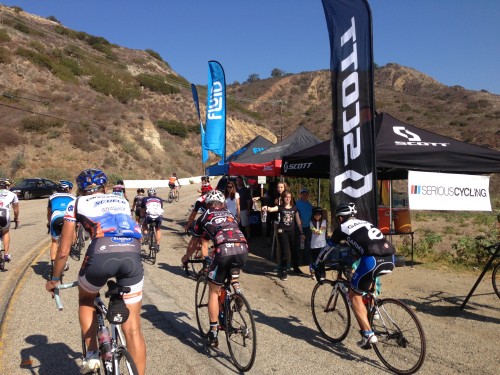 Turning at the bottom of Latigo Canyon. 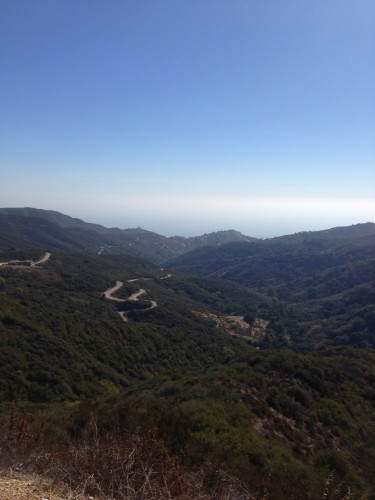 Latigo from the top. Ben Bostrom lives half way up and a couple years ago on this ride, was putting the hurt into just about everyone that started the climb with him. 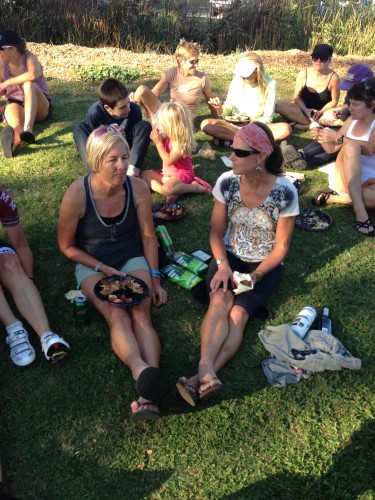 Debbie Knickman and Sue after the ride. They raced against each other back in the day. 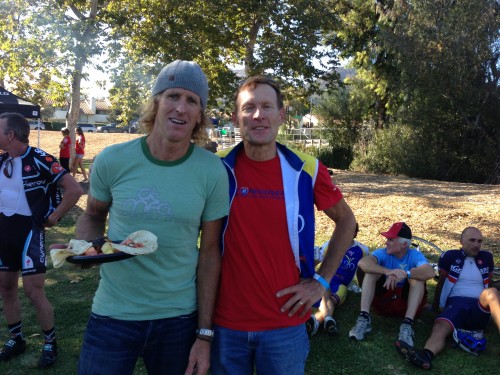 Me and Wayne Stetina, I’m not sure what at Shimano, afterwards at the buffet. 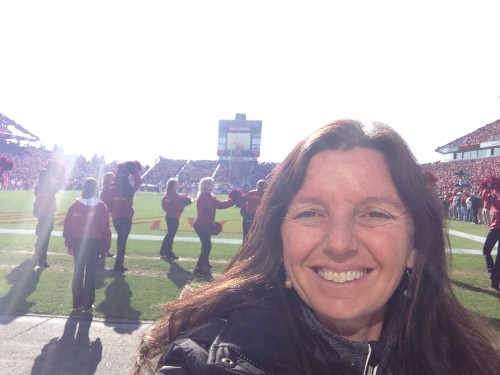 Meanwhile, Trudi drove up to Ames, Iowa to participate in the ceremony for the new running track at Iowa State. 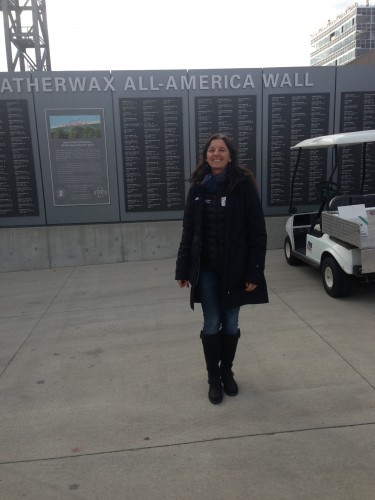 She’s an All-American in track and field and her name is on a plaque on the wall. 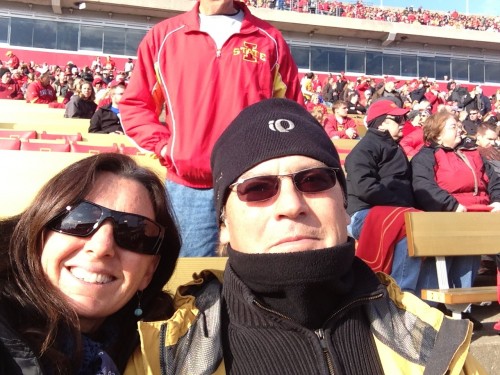 Trudi and Michael Fatka at the ISU vs. OU football game yesterday afternoon. Trudi got free tickets on the 50, plus was introduced on the field during a break.