I’ve said it before and I’ll say it again. Cyclo-X stage racing is very hard. Especially when you’re not very fit, a little sick and it is very hot. That was the case Sunday in Tulsa for me.

I didn’t hold too high of hopes, but knew it would be all over in an hour. It really didn’t take close to that long. It took about 2 laps, which was less than 10 minutes. That is about when I did the final systems check and had to pretty much shut it down. But, little did I know that was just the start of it.

It was like I was the pilot of a cripple airliner and the red lights on the dashboard just kept coming on. I’d think that I had it under control somewhat and then, the new red light, and I’d have to shut down another system.

If I was listing my “Mike excuses” (see comments on Saturday’s post), then they would be in this order. 1. I am not fit enough to race 3 cross races in a row right now. 2. It was nearly 90 degrees and I totally melted, especially on the uphill tailwind sections. 3. My lower back held out for about 20 minutes, then it was a governor. 4. I’m a little sick, and that along with the dust, gave me little mental encouragement. 5. I didn’t sleep much either Friday or Saturday nights, so never much recovered. Plus, I have a lot more, but those are the most pertinent.

I finished 9th yesterday. I would of finished 10th, but moved up a place on the last lap because of a flat of the 9th place rider. Bryan Fawley won the race, as he did on nearly the exact same course Friday night. Jacob Lasley was in 2nd, but he flatted too and had to run some to a pit, so he didn’t have a good day. He did finish 2nd in the overall omnium. Bryan won. I finished 6th overall. There were only 18 finishers in the race, so over half the guys quit, and I don’t blame them the least.

I have to say that I am mildly relieved the weekend was over. I never thought I was going to do that well, but I had no idea that I was going to suffer nearly as much. I do have to brag (Mike again) about my persistence. I rarely ride for such duration in such pain, with knowing that there would be little rewards. It was one good aspect of the weekend.

Tanner and guys do an awesome job for this weekend. I think how the time gets away from me and I’m only racing for an hour a day, while those guys half to set up the course, run the races, and tear them down each day. It is very impressive. Plus, the prize list is great.

Right now I’m still taking Colostrum. The jury is still out on it, but I’m not against trying new things. I don’t feel any worse than I did on Friday before the race, so I can’t complain about that. Trudi is much sicker than me. She was sleeping about 14 hours a day and feels worse than me and sounds much worse. And she never gets sick, so it must be a bad bug. Luckily she gets well quickly too.

I guess I just need to wait and see to figure out what I’m up to now. Hopefully this will pass and I’ll be good to go for the Berryman Epic MTB Race next weekend. I just looked at the weather for Steelville, MO and it said the high next Saturday is only 46. Plus a chance of rain. That would make it pretty epic. 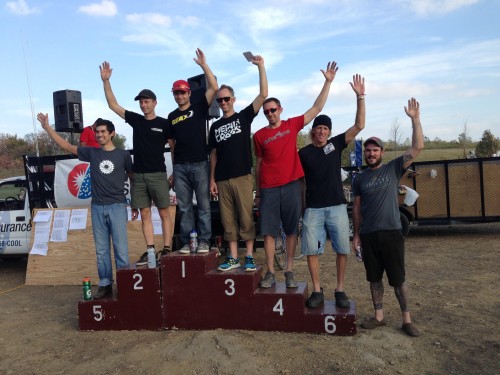 Overall podium. Not one bit of cycling clothing or gear. Passes the podium test, especially since it’s in Oklahoma. 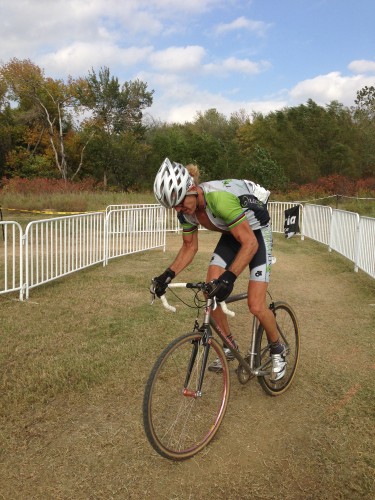 This is about as much as I looked up all day. Check out the Helium front wheel on my bike. Blast from the past. It’s Catherine’s. 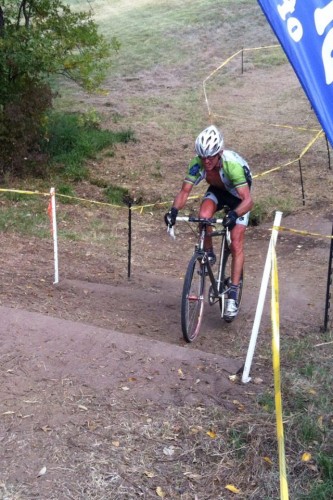 I rode both stairs sections each lap. It was definitely slower for me, but I didn’t have enough energy to dismount and jog them. 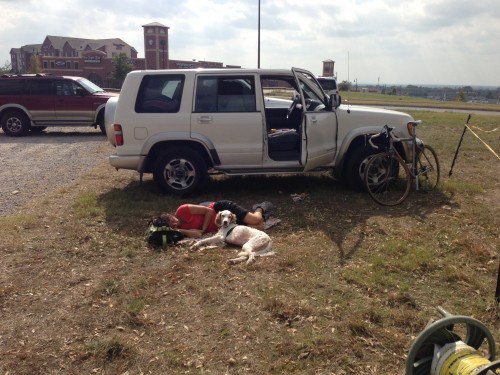 I went out to warm up and this is how I found the car when I got back, Trudi and Bromont were taking a nap. 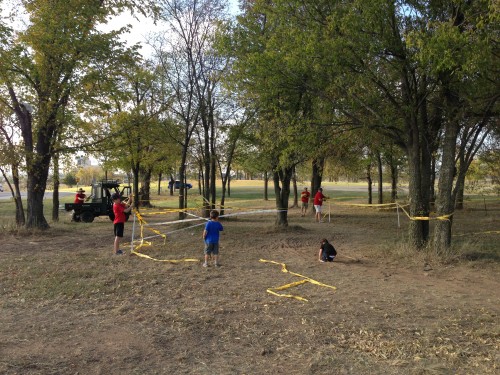 One of the reasons that they can pay out so much prize money is that they use child labor to set up and take down the course. 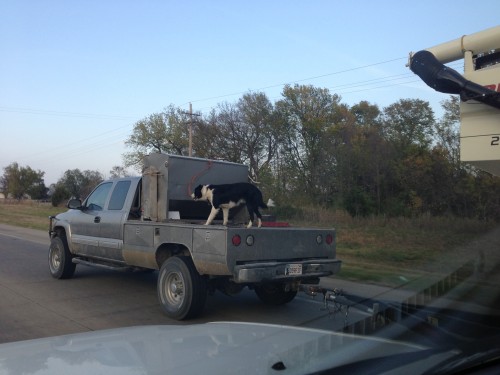 I saw this guy driving North on 75 heading toward Bartelsville, OK.