Okay. Like I posted yesterday, I’m not big at all with this early morning bike racing. Especially in the winter when it is cold and dark when you have to go to the course. But that is my life today. I race at 9 am for 45 minutes. So, I’m out of here on my bike at 7:30am.

Yesterday I did about the same thing. I rode 2 laps at 8:30 am and my bike was completely clean. The ground was frozen hard. When the sun hit the dark soil, it melted pretty quickly. The course is fairly treacherous now. A thin layer of mud on top of frozen ground. The next two laps I did at 10, it was a mess, with everything gumming up pretty quickly.

I spent way too much time on my feet yesterday. I was trying to make it a point not do that, but it is so easy to get caught up in the excitement. Catherine raced at 11:30 for 4 laps. Her start was pretty mediocre and she got into a 40 second deficit pretty early into the 2nd lap. But then she got her shit together and clawed back. Her last lap was one minute faster than her first and the fastest lap of the race by any rider. She caught the leader, Kris Walker with 1/4 lap to go and then it became sort of strange. They both dabbed a couple times, then both got caught up behind riders from the younger age group. Kris got a couple bike length lead coming onto the pavement and Catherine came close but ended up 2nd. I know she is disappointed, but she has a do over next weekend in Louisville for bigger rewards. It is fun to watch friends race.

It is so much fun I ended up going back to the hotel and then riding back to the course to watch the 55+ race. My friend, Paul Curley rode a pretty great race and won. It wasn’t for sure until the last lap, with the time gap under 10 seconds for most of the race. It is amazing how much the course changed and got worse throughout the day. The last group was having to dismount all the ride up hills.

Today, I have to assume that they are going to be unrideable too. The steep pitches have to be destroyed by foot prints and it didn’t freeze last night, so the course is going to be just as slick as yesterday afternoon, which made it seem like a crawl spectating. There are at least 3 long runs now, not counting the sand since they put a 90 degree turn in the sand pit in the afternoon.

Okay, I should be fine. I don’t really have a preference of types of courses, but in this case, I would have liked the course to be mostly rideable so I’m not so hurt for the Elite race on Sunday. But, that isn’t going to be the case today. Okay, better go get this over. I’ll update you later on the outcome. 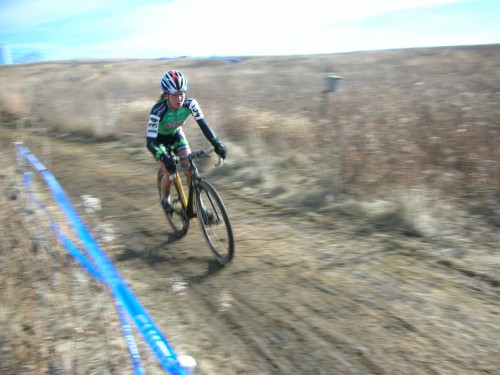 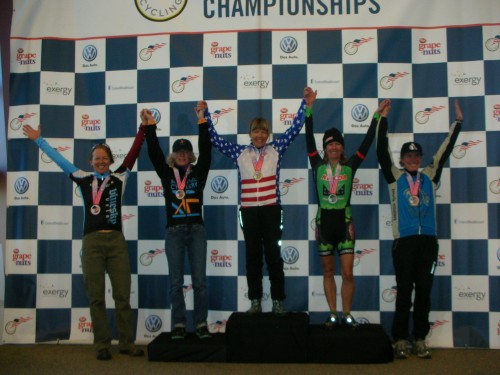 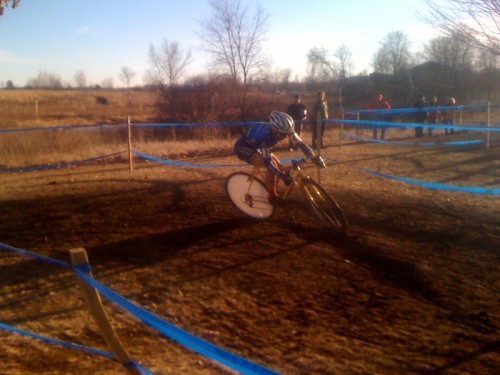 Paul Curley turnig sharp on his way to another National Championship. 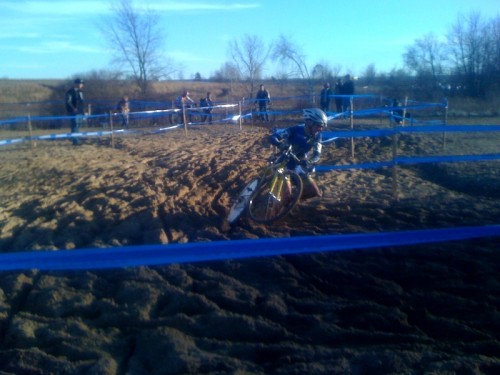 Paul having to run the sand after they moved the course half way through the day. 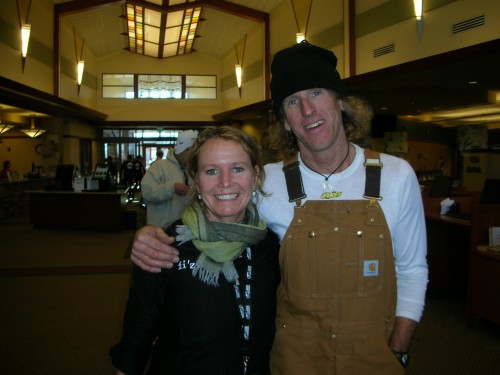 Suzette and I. She is the girl behind Fi’zi:k saddles. 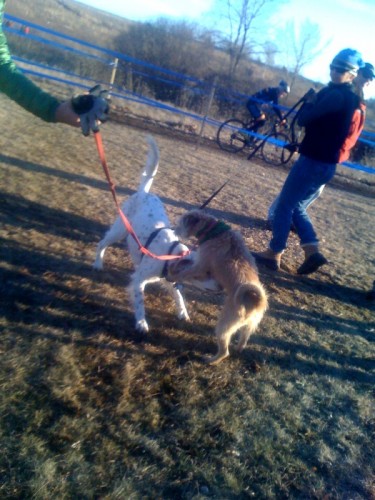 Bromont spent all day at the race and made a ton o friends. 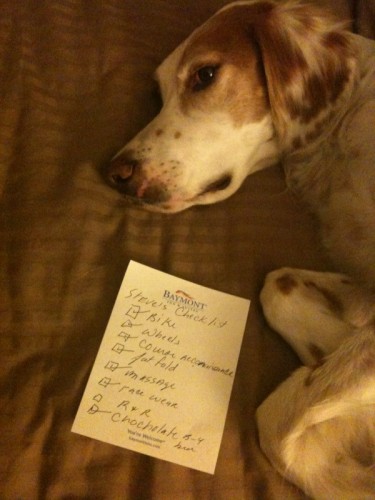