Okay, the cyclo-x stage race is over. I didn’t talk to any elite guys that didn’t say that they weren’t flat and tired yesterday racing day 3 at Jingle Cross. As I sort of predicted yesterday, Tim Johnson and Cannondale team mate, Jamie Driscoll, schooled everyone, finishing 1 & 2, in the C1 race after they sat out the race on Saturday. Saturday’s race was pretty grueling and energy intensive with all the uphill (and downhill) running. Todd finished 3rd, which was awesome. He’s done racing cross this season now.

Sunday’s race went back up the run up that we did on Friday, but yesterday it was way more muddy and much worse traction. I always ran on the right side, where there seemed to be some new grass after they moved the ribbon over some, but I guess the leaders all ran on the left, which was shorter. I can’t believe that could have been faster, but what do I know.

I got a shitty call up again, but didn’t really care. There were only 30 guys and the best I could officially finish was 16th. I got a pretty good start and was somewhere around 10th or so early. After the run up, which wasn’t quite half a lap into it, I was toast. I faded some and a few guys passed me here and there. Pretty soon I was out of the top 2o. Eventually, though, I started feeling a little better and got going some. I got up to 17th place with a couple laps to go, but 15th and 16th were riding together, going for the last UCI point. I decided that wasn’t in my best interest, so throttled it back and cruised in, watching Kevin Fish, KCCX, take the sprint and get his point.

My drive train was so jacked up the last lap, it was making an awful racket. On the finishing stretch of pavement, about 200 meters out, my SRAM chain snapped. That is two chains this year. One SRAM and one Shimano. I think I figured the Shimano problem out, using the wrong pin. I thought all 10 speed pins were interchangeable, but I guess not. The SRAM chain is from a couple years ago and it was bad to start with. I’ve maybe ridden the chain less than 10 times, it is on a spare bike, so wear wasn’t an issue. I think they had a batch of bad chains and I got a bunch of them. I should have thrown them away. Anyway, I coasted for a bit and then skated the rest of the way to the line. It really didn’t matter hardly at all.

So, for the whole weekend, I only finished 3 places total, after 3 days, off the best finish I could. I found out it is much harder finishing in an exact position than I’d anticipated. Mainly because of people switching positions, mechanicals, and guys riding together, it is hard to keep track of where everyone is. I hate it. It takes the motivation out of the race for me.

Joseph Schmaltz finished 13th, so he got, what, maybe 3 or 4 UCI points, enough to get him called up at all UCI races the rest of the season and at U23 Nationals, which is a big deal. Good job!

I changed onto my spare bike early and rode it the remainder of the race. I had a Specialized Terra on the back and a Challenge Limus on the front of my start bike. On my spare bike, which I hardly ever ride, I had a Michelin Mud 2 clincher in the rear and a Dugast Rhino in the front. Those tires worked so much better that I’d rather ride a clogged up heavy bike than switch back. I’m not sure if it was because the tread on the Specialized and Challenge tires were clogging up with mud or what, but it was night and day. It was super, greasy slick on most of the open field riding, so traction was pretty important for your confidence. If only my FMB tires with the Michelin tread would come, I’d be set.

I never fell yesterday, but fell so many times the day before, it would still be a large number for the weekend. I can’t believe that my legs don’t hurt from all the running, what’s up with that? I haven’t really ran any all season. Maybe it was all that Motrin I ate for me knee?

We loaded up quickly and got on the road super fast. Fast enough to stop in Des Moines and have a sit down meal at the Rock Bottom Brewery. That was nice for a change. We got home around midnight, which isn’t so bad. I have no idea how I’m going to feel the next few days. The conditions of this cross were brutal. The rain, plus it being pretty cold yesterday made it difficult. It is only supposed to be in the 40’s most of the week, so it’s that time of the year.

Someone needs to figure out how to get around the UCI standard payout for prizes at these races. It is so stupid. 1st is double of 2nd, which is nearly double of 3rd. I finished 11th, 13th and 17th and got a total of $225, plus the $1 I got on the hill. I paid $143.10 to enter, so I made $27.63 a day over entry. Pretty pitiful. It’s not like we are racing in Europe where every rider in the race gets paid start money. There is never going to be a full time cyclo-x circuit in the US when it is set up this way. I don’t understand the UCI points and prize schedule anyway. It is a pretty stupid way to try to rank riders on a world basis. Let me tell you, it is much harder collecting UCI points in Europe at the bigger UCI races than here in the US. Mainly because there are so many races here now. It is very good for the few US guys that race internationally, but not good for the US “privateers”, which is 99% of all the guys racing here. I wish someone would recognize this at USAC and try to address it on the behalf of us, the US riders.

I’m not sure what I’m doing the next few weeks. Probably going somewhere warm for a bit to get in some miles before it freezes over here. Okay, better get to cleaning all the equipment and clothing. It’s a full day project. 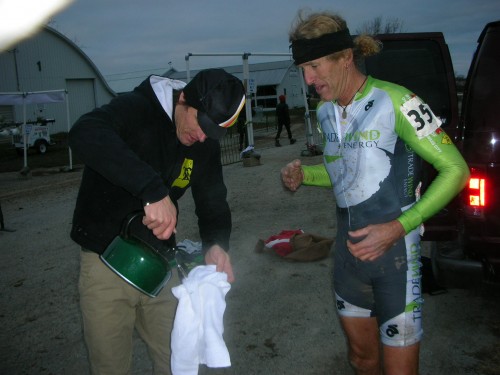 The best part of the whole weekend. This guy brought me a tea kettle full of boiling hot water and a clean towel after the race yesterday. It felt soooooo good. 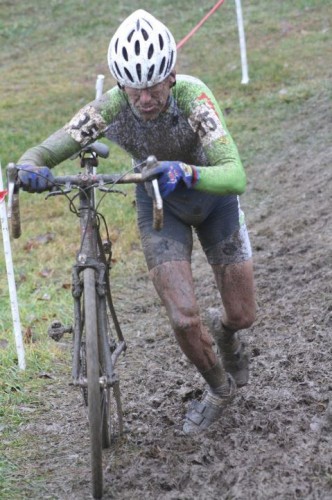 Not the prettiest form on Saturday. 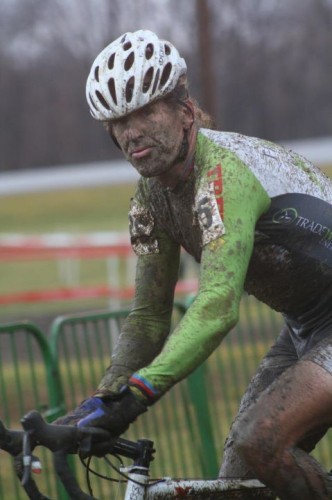 Not sure what I'm thinking here. 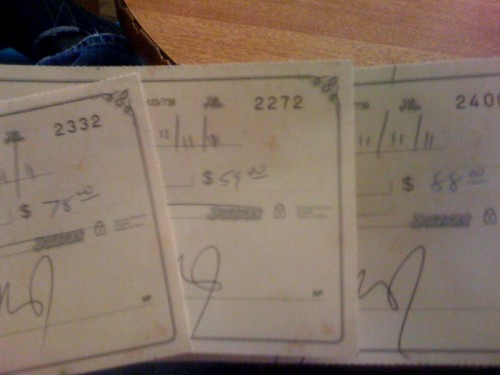 Prize checks from the three days. Notice the dates? 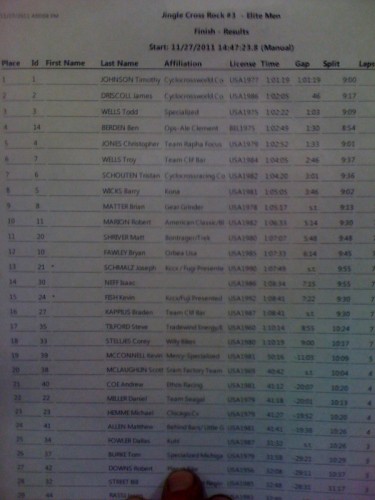 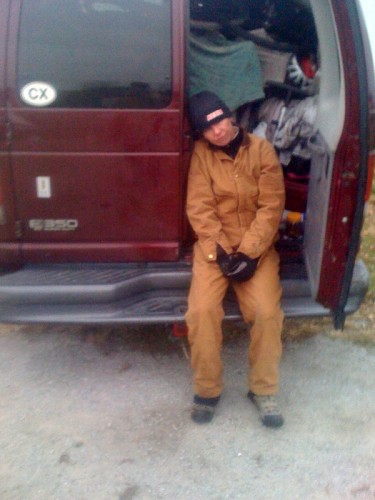 Catherine, in her Carhart insulated suit, a little blue, after a sub par weekend performance. 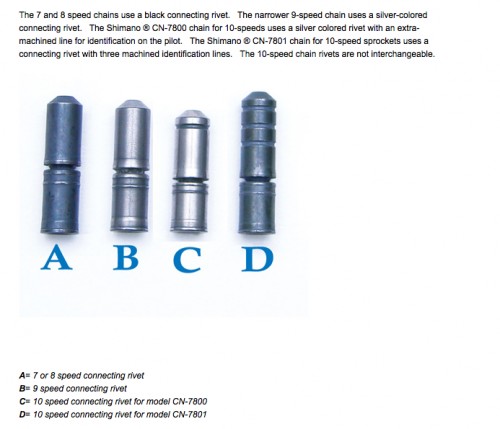 Just in case you have an issue identifying the different Shimano chain pins.