Another day of altitude headaches and fun. Sunday we went over to Montezuma and climbed for a long while. We had less than 5 miles after an hour of climbing. That is pretty slow. But, my lungs thought it seemed pretty fast. I don’t know how high we rode, maybe 12500 ft. There was tons of snow there. We stopped for 5 minutes to take in the view and during that time the wind came. I don’t know how windy, but I’d guess somewhere between 60-70 mph. It was nuts. I picked up my bike off the ground and it blew completely sideways like a flag. It was a pretty great descent down to Breckenridge. Lots of steep sections and snow melt streams to cross. My legs don’t get tired here because I can’t produce any power because of lack of oxygen. I’m even breathing hard coasting downhill. We rode the bike path back to Frisco and then singletrack back to Silverthorne. It wasn’t exactly epic, but it could of been if just a few things went a bit different. It was the first day out of 3 that I didn’t draw any new blood. I mounted the HD Video camera on a helmet and have recorded all the rides. It is going to work out great for recording races.

Today we’re riding over to Vail and back. It only 70 miles and it’s not so hard climbing Vail Pass from either side. I haven’t been to Vail for a few years, so it should be good. It’s going to be hard leaving here. 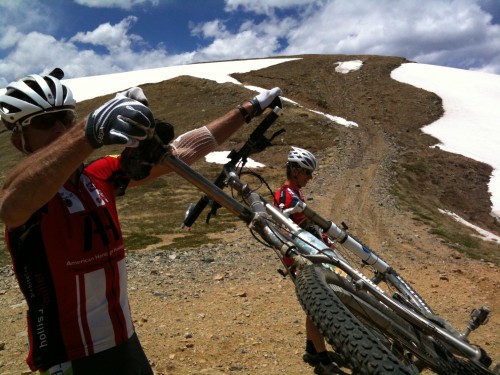 Check it out, I'm only holding my bike by a couple fingers on each hand. Crazy winds. 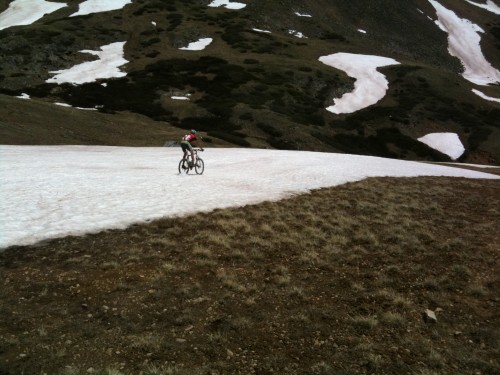 The trail was buried, so we just went straight down the snow. It was sketchy. 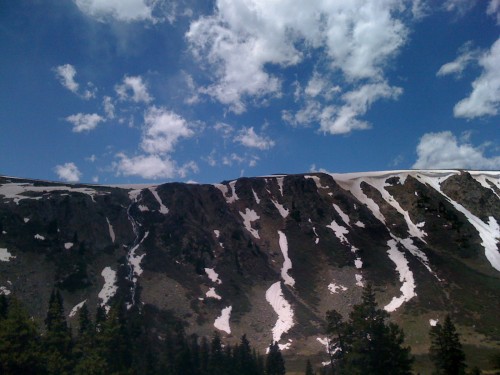 We rode up over this ridge and descended down into Breckenridge. 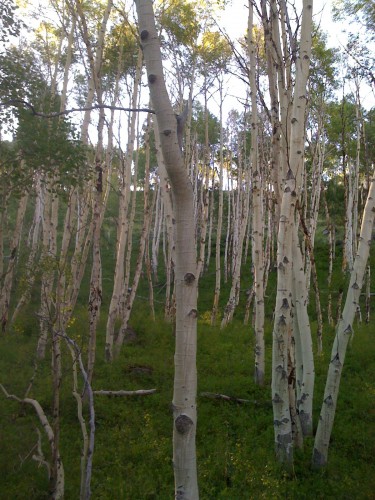 I've been riding this Specialized saddle on my MTB bike since 1997. I have such an attachment to it that it is going to be very difficult to replace it. That is the way a rider should feel about their saddles. 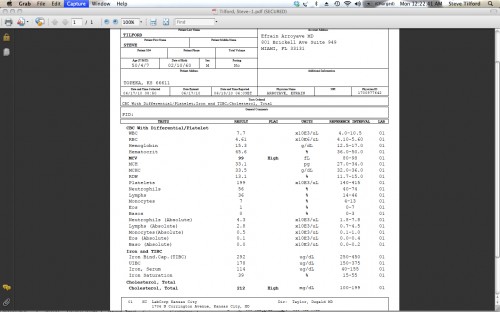 Here's the results from the blood test I took on the way out here. Maybe all you guys that wanted to see them can do something more with them than I can. (Click twice on the photo to enlarge.)